Welcome to Woori, a media startup that’s on a mission to demystify everything you wanted to know about sex but were afraid to ask and never got taught.

“Thanks for the sex education.”

“Watching your videos helped me overcome my stereotypes.”

“I wish you could be school teachers.”

“I started off with a lipstick but now I’m only satisfied with four fingers.”

These are just some of the many comments in response to said video by Woori, which had clocked up nearly 130,000 views on YouTube at the time of writing. Seven months after its three members set out to revolutionize sex education with their frank and open approach, they have already generated a lively debate.

On Tuesday, Korea Exposé caught up with two of Woori’s founders, 27-year-old Park Yong-ho and Oh Maet-dol, to find about more about their mission. Third founder Jeong Da-eun (23) could not make it to the interview.

KÉ: Why did you start doing this?

When we were in middle school, sex education was basically, “Don’t do it!” They were ashamed to use the word sex itself.

[Editor’s note: Interestingly, the English word “sex” is often used in Korea today when referring to the subject, despite the existence of plenty of other Korean equivalents]

They focused only on the negative aspects like abortion and sexual assault. There was no useful or necessary info, like how to put on a condom. They taught us nothing about how to have careful and enjoyable sex. But when you become an adult you come into direct contact with sex, dating people and going to motels with them. You have to think about it.”

YH: We wanted to start with something mild in case it put off our viewers, but when we tried talking about sex itself, we found that wasn’t the case at all. Now we just talk about everything.

Maet-dol (MD): In South Korea, if you talk about sex, people [often] think it’s lewd. So they’re reluctant to talk about it even if they like it.

KÉ: What topics do you still want to cover?

KÉ: What do you think constitutes a healthy sex culture?

KÉ: Will you make videos about condoms and contraception then?

YH: Yes, we want to make videos that get to the core about condoms. At the moment, all there is in South Korea is condom review-type videos. We want to address issues like why and how you should use them.

KÉ: Do your viewers assume that you’re sex experts?

KÉ: What kind of feedback have you been getting?

YH: People around me tell me we’re making good videos, but they don’t feel able to “like” or share them on Facebook because our videos are on subjects that aren’t easy to talk about.

MD: At first, my friends didn’t react much. But then they started wanting to have a say for themselves, and appearing in the videos. That was really encouraging.

KÉ: What surprises have you had?

YH: South Korean society is becoming more open about sex. When we first started, one of our panelists, who was quite conservative, was talking and it occurred to me that perhaps we were being too open about things.

Sex is a question of choice. If you don’t want to do it, you don’t; if you do want to do it, you do. I wondered if we were putting too much pressure on people to be open. It occurred to me that it was up to us just to provide the information, then leave it up to others what to do with it. There are some people who don’t like [talking about sex] but just go along with it because of the social mood.

Later, I want to address the idea of society pressuring people to have sex. They might not want to, but they have to because they’ve been in a relationship for two years or so. That can be a kind of violence. I want to make a video questioning the idea of endless openness, and talk to some conservatives too.

KÉ: You’ve asked plenty of other people about their sexual fantasies – what are yours?

MD: Having sex in clean, white sheets, in candlelight. And in the bath. With someone new, who I only met that day.

KÉ: What do your families think about Woori?

YH: They’re okay if it makes money. They’re all right with the themes themselves, but money is the issue. I’ve graduated from university and have to start earning, but I still have no clear income. And it doesn’t seem as if I’ll be able to do another job at the same time as Woori.

MD: My mom thinks people will be grateful if we make content to help those who don’t know about sex when they get married. In today’s generation there’s more awareness, but with our parents there’s not much knowledge among women about the pleasures of sex. The same goes for information about the menopause.

Editor’s Note: Woori is currently in a partnership with specialist media accelerator company Mediati, designed to last until the end of August 2017. Mediati is also an investor in Korea Exposé. 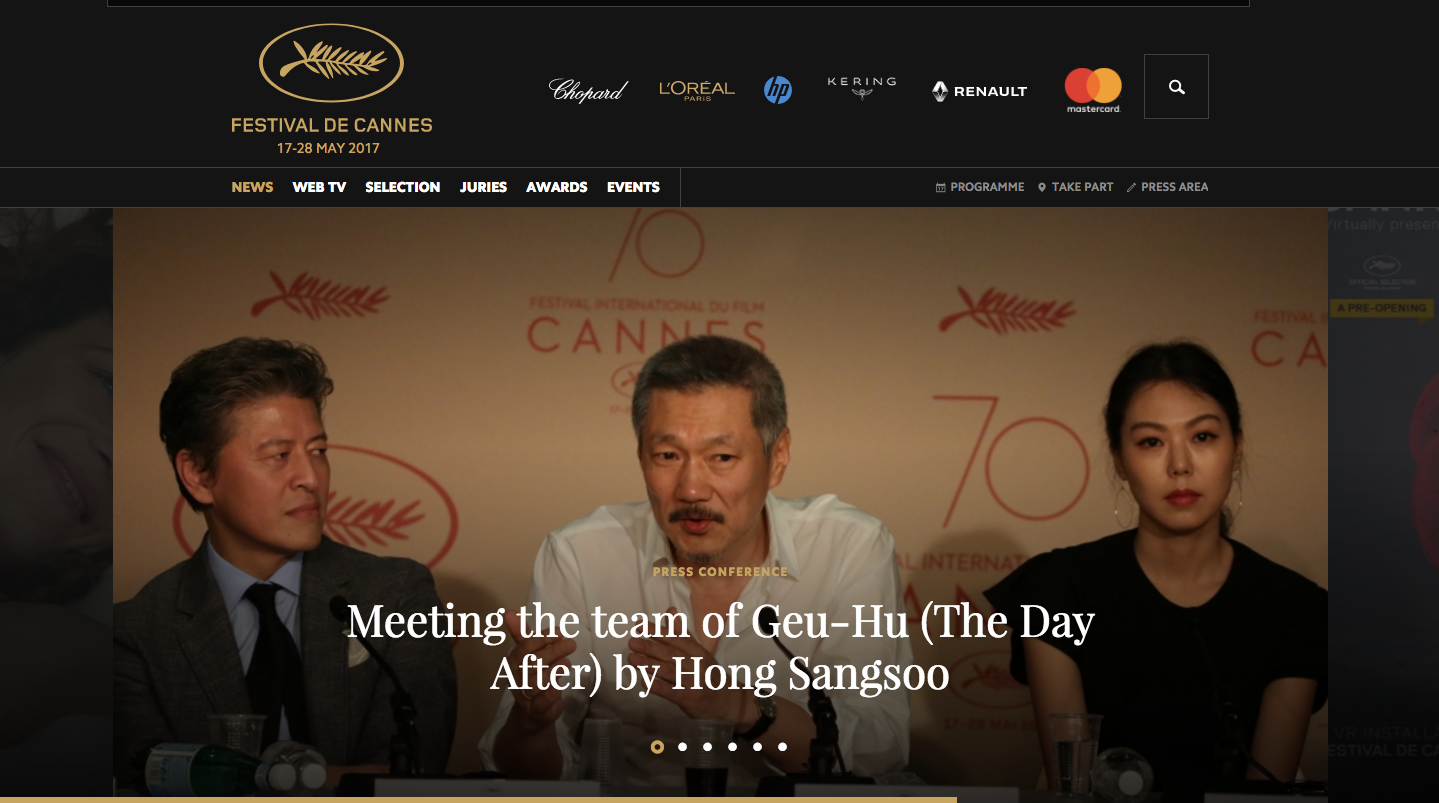 Cannes Film Festival 2017 opened amid the usual fanfare last Wednesday. In South Korea, Cannes is showcased as a sign of incredible international prestige for the country when Korean actors and directors are invited. This year, filmmakers Park Chan-wook, Bong Joon-ho, and Hong Sang-soo are featuring prominently in